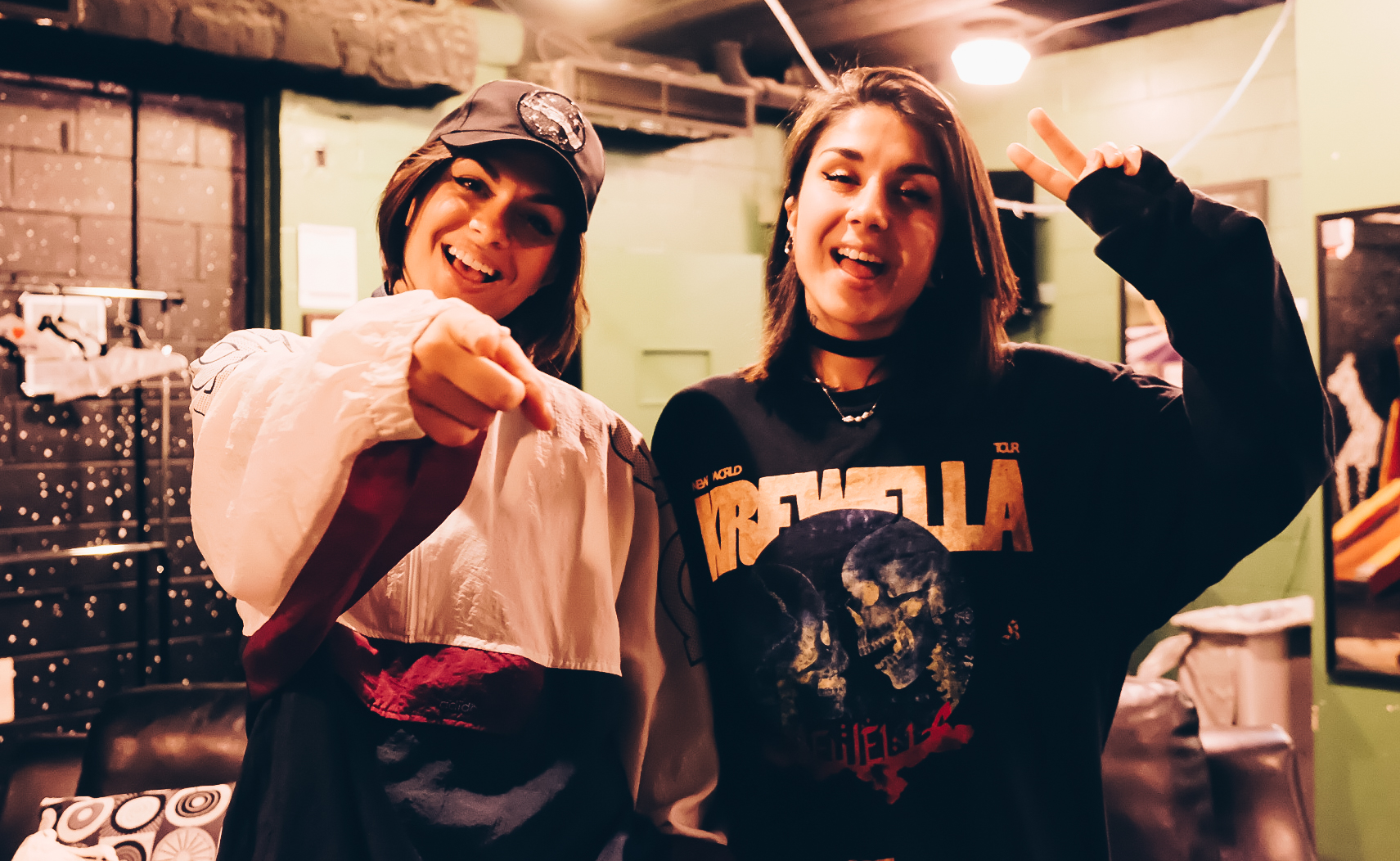 Jahan and Yasmine Yousaf, the duo behind Krewella, have gone through a vivid rebirth over the past decade. They’ve learned to not only embrace their Pakistani roots and incorporate new worldly sounds into their music, but also mature and constantly evolve as inspired artists, devoted sisters, and genuine human beings.

Their main headlining shows usually consist of hybrid sets, and even though there have been more DJs that have been incorporating live elements in the past few years, they’d love to see more of that in the electronic world. “There’s a void of that raw, human aspect in the dance world. With live music, there’s a story. And with DJs, you don’t know their story or what they’ve gone through, so we like to show ourselves through lyrics.” Aside from releasing a myriad of new music on their New World tour, they’ve also recently created their own independent music label called Mixed Kids Records, where they’re able to release their own music whenever and however they want without any limits or boundaries in creative expression. “We have a fantasy of signing other people one day in the future, but right now, we’re very encompassed by our own music.”

The best friends and sisters view and complement each other in admiration, with Yasmine being “strong, highly creative, nurturing, and hospitable,” and Jahan seen by her sister as “protective, good at reading people, and inspiring to me and everybody around her.” Being put in certain situations enables you to grow spiritually and emotionally. Behind the drama of the past few years, Jahan states that she’s learned to “live and see things with a better attitude and mindset. You’re put in difficult situations, but you have to think that this is so temporary.” It’s a constant reminder to be present in the moment and not think about the future. Even through the difficulties that arise, Yasmine advises that “you remain ‘soft’ as you deal with the hardships in life.” Through their journeys as artists, their unique fans have been amazing and supportive, for they like to describe them as “supernatural and fast,” adjectives that undeniably define their whirlwind of a career.

The down-to-earth girls live simply and positively wherever they go on the road, as well as in their LA home by exploring cities and nature, or doing things like reading, cooking, and eating all simultaneously. Growing up as millennials, the girls admitted that they felt like they missed out on living as a teen in the ’90’s or even the fun dance music of the ’80’s, a decade embodied by new wave music and nightclubs. With their impressively long resumé, one festival they haven’t yet attended but would love to “go slash play” at is Bonnaroo. In the next month, they plan on finishing their tour in mid-November, and head over later to Asia for festival season with a few collaborations here and there. Support the sweet, authentic artists on Facebook, Instagram, and Soundcloud. 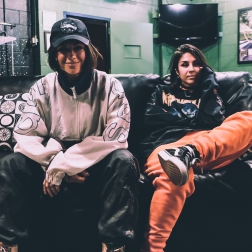