Hailing from Argentina, Hernan Markowicz has made a substantial impact on the techno and tech-house scene in Miami after first vacationing here and trading it as a permanent home in the early 2000’s. What’s made the proactive DJ and producer set himself apart from other locals is that he doesn’t dream or aspire, but actually puts forth his goals into action.

Regardless of where he is playing, the easygoing artist strives for an atmosphere of good music, good vibes, and good people. He admits he tries to be “underground” with his dark yet upbeat tracks, but in the end, just wants to connect with his crowd while making people move and be happy on the dance floor. Acquainted with numerous genres of music, the pragmatic DJ tries to see the positivity in all types of sounds. “I like to seek out the best in all types of music, especially in house and techno. There’s always something ‘good’ about each track that can be picked up, no matter what genre it is.” Aside from inducing music lovers into a journey through his sets, he is talented in creating other forms of art, whether that be through drawing, painting, building, or designing collages in his studio warehouse in Little River Studios.

Whatever the next few years bring, Markowicz hopes to just be satisfied with what he is doing. The guy that influenced him to DJ while growing up was a fellow Argentinian named Hernan Cattaneo, who’s been performing as a house DJ for 30+ years. For him, he is an inspirational DJ in the scene who has sustained a consistent path and is evidently doing well, for he’s maintained his success for these past few decades. In 2019, he plans on releasing tracks with collaborated artists and will embark on a Central American and South American tour through Mexico, Colombia, and Argentina. You can catch him start out Art Basel this Wednesday, December 5th, for a special Basel edition party at his new monthly winter residency, Treehouse. Support the skillful artist now on his official website, Facebook and Soundcloud. 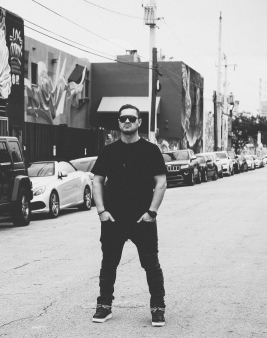