the rhode island native acquainted himself to miami through winter music conference, arguably one of the best times of the year to immerse yourself in the electronic music and party scene in vice city.

brett sylvia’s musical interests were influenced at a very early age by his father, who exposed him to every type of music from led zeppelin to bob marley and more. he started off as a hip hop dj back in ’96, an era that was shaped by the mixtape culture and live show performances by dj’s. he reminisces that hip hop was his “teenage rebellion,” a genre that is very much sample-based, always having a soulful element that was borrowed from r&b, funk, and soul. “the beats was what captured me. recently, people started resampling hip hop into their house sets – I love it.”

he transitioned from hip hop into house music in ’99, and has seen how the music scene has progressed over the course of the years. “it’s almost like a certain sound will become popular, since things seem to evolve quicker with the way music comes out. producers will come up with a sound that happens to become overly popular and as that sound becomes borderline ‘mainstream,’ they will switch their sound up to push new boundaries.” unlike most people, however, sylvia doesn’t have a problem with that since he thinks it actually helps stimulate other people’s creativity.

after living here the past 7 years and along with everyone else, he’s discovered a love-hate relationship with miami. as for the global music scene, there’s been a consistent issue across the board that’s arisen partly from advancements in technology. “I don’t think enough dj’s get recognized for their actual talents and abilities as a dj. back then, the dj was tucked away in the dark corner of a smokey club, yet were simultaneously able to have a more personalized relationship with the audience.” now, they’re seen as celebrities up on a pedestal. one renowned local he sees from time to time is armand van halen, who brett describes as genuinely appreciative and approachable, probably so by keeping himself out of the spotlight.

one thing brett does see himself doing is continuing to dj as long as he still has hearing. he credits himself to diversifying the local scene by “doing just enough of what’s happening music-wise, but arranging my sets differently than the way everybody else does it.” besides producing, organizing one’s music can be a full time job, from staying on top of music downloads to organizing everything by key, genre, mood, etc. “I know exactly what the vibe is of the song because of these crazy names I give it.”

he hopes to support the local music scene and aspiring dj’s with a new business venture in mind. “I’d like to transition into owning my own bar. the dj would still be a big part of the venue where’d they have the opportunity to truly express themselves and not have any pressure from the owner (me.) I want to give them the experience I’ve always enjoyed through my years of djing.” check out his music on facebook and soundcloud. 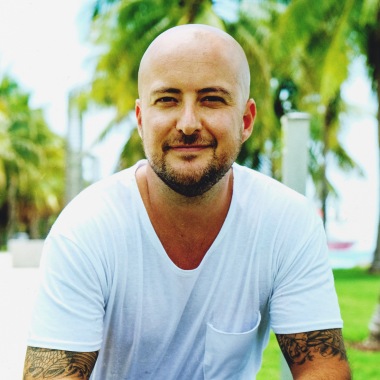