beneath the badass exterior of the techno queen dani lehman lies a sweet and sensitive soul. the native new yorker became enchanted with the djing world when she was 17. when her then-boyfriend refused to teach her how to dj, she secretly learned beat matching from friends. after about 6 months, she entered a djing competition and ended up winning, playing as a regular in philadelphia for 4 years before making it big in new york city.

as for how the new yorker made it down to miami, dani has been a fan of the miami lifestyle for years. after spending almost a decade in new york city, she made the decision to move down south to be closer to friends and family. she’s kept her eye on the “super under-rated” miami since 2005 after visiting for winter music conference and playing at ultra music festival, and seeing the city grow over the years is much more interesting than having it already be established. “the beauty about the scene down here is that everyone is so accepting, perhaps in any other city I’ve played in. they’re much more nurturing.” while dark techno isn’t as relevant as various sub-genres of house, the scene is still very much open and welcoming. “it’s so fresh and hungry. . . the fact that people don’t know about it keeps it special and magical. when you’re immersed into an emerging market, that’s where you break boundaries.”

her ultimate motivation came from people who were up-and-coming since they always played with a lot more passion, and had just as much hunger and drive as she had. “as soon as I learned how to beat match, it all clicked and the whole world made sense. I’ve found myself to be shaped by different entities and people who have pushed the boundaries. that’s what has inspired me so much.” from when she first started, there’s been a huge range of influences that have swayed her into the subtle and sub-genres of techno, like jonas kopp, james holden, and earlier tracks of ripperton and maetrik. the potent sounds of oscar mulero, raiz, petter b, kostas maskalides, developer, and flug & function have also contributed to pushing her into more driving, darker techno in the endlessly thriving music scenes of new york, berlin, and detroit.

being a full-time dj, signing to an agency, and getting bookings at various venues across different cities may seem like a dj’s dream, but when you’re constantly having to negotiate your worth or compromise your sound, it can be stressful. “I found myself accepting opportunities that weren’t my brand or style just to take the money. from then on, I rebelled and pushed into playing harder stuff, the stuff that I wanted. I took a chance, I fired my manager and started managing myself, focusing on what I wanted to do and not what other people wanted me to play.” so far, miami has graciously welcomed her in the techno-catered venues such as the techno loft at space.

if you’re slowly getting into techno and want to be inspired, dani recommends some of her favorites like movement festival in detroit, great american techno festival in denver, dirty epic parties in california, and aphotic parties in new york. she also credits oaxaca, mexico, as being one of the best experiences in her life, where she played techno in an airplane hangar for over 2000 people on the side of a mountain during sunrise.

although dani lehman may come off as a serious badass and a little rough around the edges behind the decks, she’s as fun and girly as any other chick with a passion for music and fashion. with so many dj’s and producers thriving for attention, dani doesn’t fit the typical mold of a female dj. “I just do me. I don’t chase after what’s expected of a dj to do, and don’t like comparing myself to others. everyone has a different path, and you’re putting yourself above or below others when you do that.”

with every scene in the usa becoming saturated, it’s easy for people to complain and throw their negative opinions out left and right on everyone’s musical work. “one message to tell people is to focus on yourself. take the time you’re using to complain and instead dedicate yourself to your craft, devote yourself to your passion, and you’ll be happier with your outcome.” support her on soundcloud and facebook. 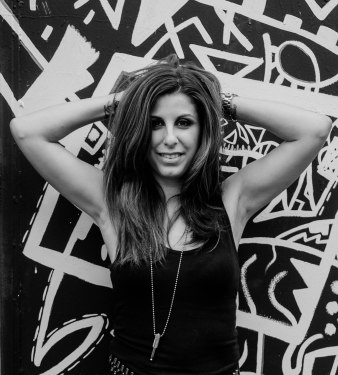 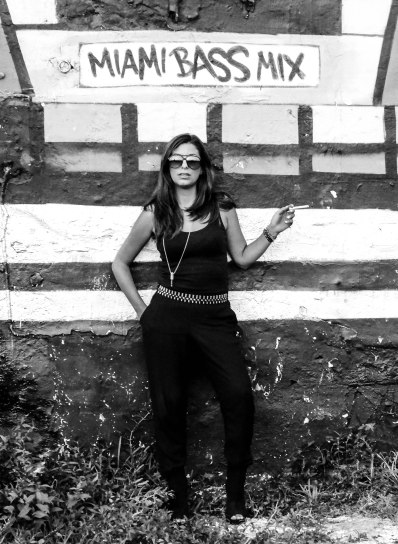 One thought on “dani lehman”