it’s safe to say that the greatest musical advocate for miami is lazaro casanova, a cuban man who grew up in hialeah and has grown to love the city with all it has to offer. all types of music inched into his life, for he bought different instruments from guitars to drum sets and ultimately his first dj equipment when he was 16 years old. after attending the pratt institute in brooklyn for creative writing, he dropped out after 2 years, but it went all uphill from there. he eventually went on tour with mstrkrft, got his first residency at studio a and pawn shop, and started his own label called petfood.

lazaro credits the djs who gave him a jumpstart in the early stages of his career. “the first guy that gave me my first tour was half of dfa1979 (also known as mstrkrft). it was a nerdy moment since they were my favorite band for years prior to meeting them, and they gave me my first push in music. oscar g, who’s been on the forefront since ’92, is like family now. his murk label is about 21-22 years old, and after growing up and listening to this guy, it’s crazy that I’m getting to manage the label right now. he pushed me musically to embrace the miami culture.”

the 305 ambassador is making a huge impact on the local and international scene. the well-traveled dj’s favorite international experiences include the exotic land of tunisia, africa, off the mediterranean coast, as well as razzmatazz, a club in barcelona that he’d heard about his whole life and finally got to experience as the headliner, and lastly, the good parties in mexico that have always had consistent, better followings than most of other places. when it comes to miami, bardot and coyo are the two places he’s shown his most love. although miami may not all be pretty and glamorous, it’s constantly evolving, spurring with endless opportunities to defy itself against other cities. “house music has been a forefront in places like story, whereas back then, it was at places like mansion, cameo, set. . . the underground club scene has crossed over into more intimate spaces, so there’s a lot more venues than back then, and the music was more of indie rock remixes.”

for someone who goes in front of audiences as part of his job, lazaro admits he always plans on showing up mere minutes beforehand to avoid any last minute nerves, but what makes lazaro exceptional is the proud role he takes on here. “I hate to admit it, but a lot of guys from here don’t like to rep the miami thing. they get tired of growing up in their hometown, but miami is different from any other north american city. I’ve turned down a lot of money over my career just to take the harder road just because I want to do what I want to do.” he admits to being very stubborn, and knows he won’t make the best decisions financially but always wants to do something rewarding even if he struggles to pay rent. “I’ve held enough retail jobs beforehand at places like hollister, apple, and urban outfitters that make me never want to do that again.”

for a man who’s headlining consistent shows with renowned artists throughout the city and around the world, it’s no wonder that in his off time he chills at home, probably listening to hip hop and avidly playing video games on his ps4. he blames it on growing up in that type of generation that sourced their energy into different types of electronics. even when it comes to shopping for music, he utilizes beatport and listens to promos rather than buying records like how he did back in the day. when it comes to his sound, he prefers listening to other genres, which definitely expands your horizons.” I listen to house music so much on a daily basis that I see it as something I do for my job, so on my downtime, I listen to a lot of rap and hip hop – stuff that’s more creative than the mainstream stuff.”

you probably won’t see the homebody leave his house or go out unless it’s to see someone really special like juan maclean, radiohead, and the homie oscar g, who serves as like a big brother to him. lazaro doesn’t see himself touring around the world when he’s older, but hopes to score video games, movies, or do something collaborative on a visual project. “I would rather work at home at some point. when I hear the music in video games, like ‘journey’ and ‘last of us’, their music in the background gets you going. touring is counter-intuitive against having a family and a dog. maybe when I’m older, I’ll only do it twice a year. . . when you’re in the hustle moment of your career, you got to take those chances. the experience is great but I don’t see myself doing any more than that.”

as for his signature beard? casanova feels it served like a lion’s mane or a sign of testosterone that helped steer off unwanted attention, but plans on growing it back when he’s older when his age will better suit the look. the reserved guy also holds a soft spot for corgi dogs and admits he follows 5 different accounts on instagram.

with a swanky title like “lazaro casanova,” it’ll be hard to forget his memorable name and prominent music. in the coming year, you can expected to see a couple of things that will be released on petfood, oscar g’s murk records, defected records, and jesse perez’s mr. nice guy. be sure to support the local artist on soundcloud and facebook. 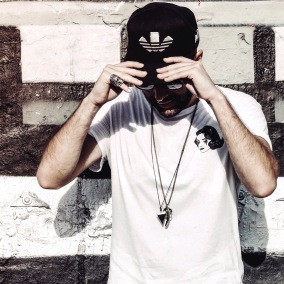 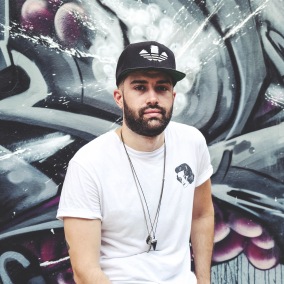