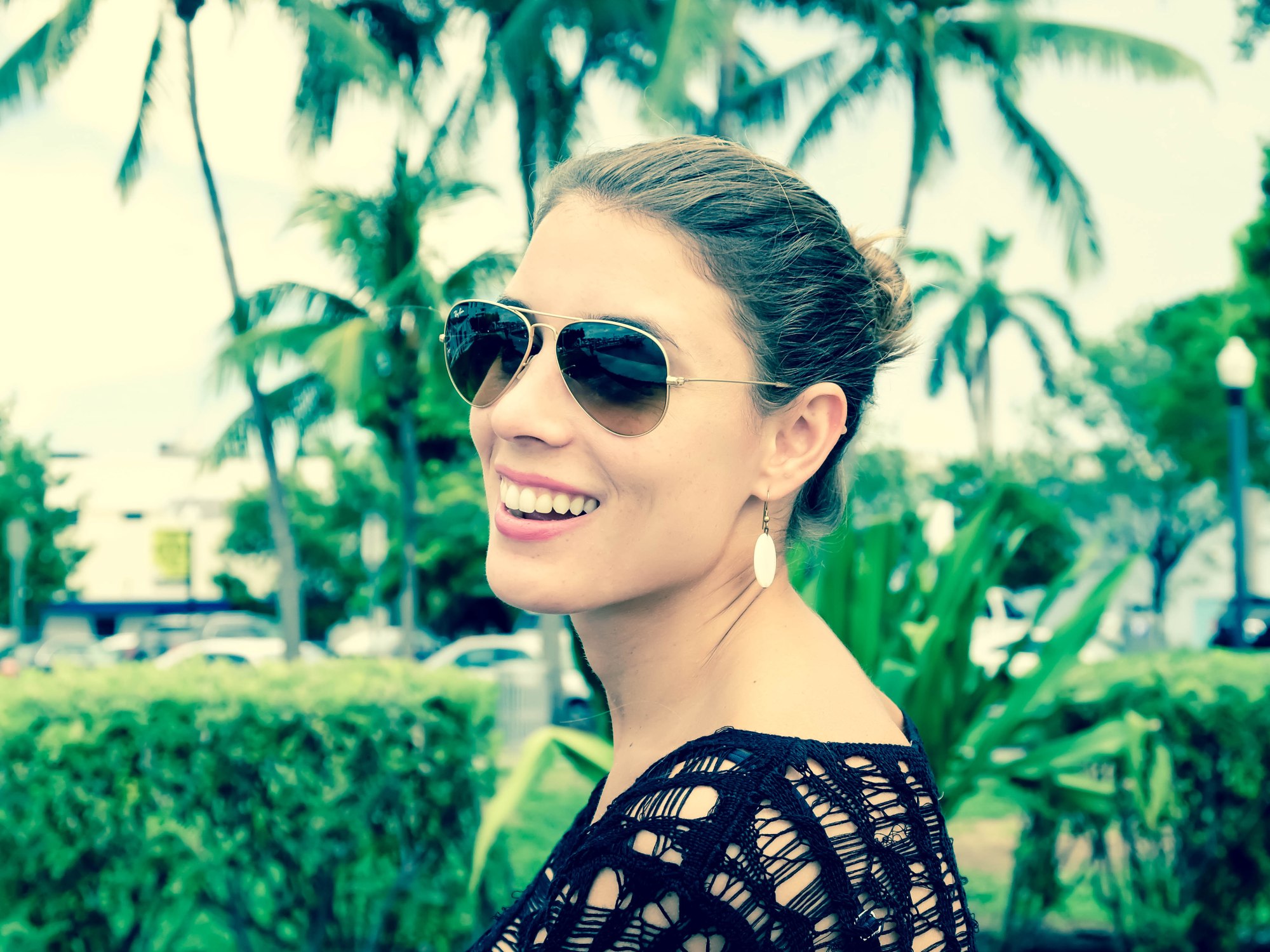 the half-french, half-brazilian dynamic musician desires to pass a positive message with her music, live sets, and group parties that are held here in miami. the natural beauty had an interesting upbringing, having been culturally raised as a european in brazil and sculpted by the myriad forms of music that have appeared throughout her life.

growing up on a farm picking up fruits and vegetables, ella learned to appreciate nature and the outdoors, which goes into play of how she finds tranquility and happiness through simple things like good company, good food, music, and yoga. she later moved to a bigger city in brazil and got more exposure to electronic music.

with initial plans to study architecture in brazil, ella romand opted to pursue her passion and creativity through the arts. romand arrived to the usa when she was 20 to study music technology in san diego, where she also played as a jazz pianist in a band. she previously  completed a course in music production back in brazil. “I was the only person in the class that wasn’t a dj, so I took a course on it afterwards. it’s ironic since most people learn how to dj first then produce, but I did it the other way around. when you learn how to produce music and create a new song, you are like a conductor that can control when and what instruments come next in the song. edm was becoming popular at the time, and it was never my vision to go into that. I wanted more chill stuff and that’s when deep house started to appear, right after I moved to miami in 2009.” ella made her way to miami to finish her bachelor’s in music at fiu. she then entered a thanksgiving competition at the electric pickle called “fresh blood” and won, which ended up being the pivotal point of her career where a lot of doors opened. you can now find her performing original acts alongside singers at various venues, and has gained residency at behrouz’s do not sit on the furniture and zuma.

her upbringing conveys her signature style of music, from her classical piano training to the bossa nova of brazil. “people have said my djing sounds ‘sexy, flirty, or musical,’ but when it comes to my own original piano compositions like this, it’s something that reminds them of coldplay or philip glass. it has melodies and holds a musical essence to it. some of my earliest inspirations were sasha and john digweed, but at the moment, it’s rodriguez jr., who djs and plays keys at the same time, as well as emilia garth, a local singer-songwriter I currently work with.” ella also just became a committee member for the new world symphony, which is a volunteer committee to promote classical music in the miami community. she loves and respects pulse, an event that mashes up electronic music with piano and orchestra, something that’s ideal for the quintessential instrumentalist. not only does she play her own original music, but she’s also released her own chill out yoga album that you can find here.

it’s a common misconception to think that women have it easy as a dj. “it’s harder because I have to prove myself. I’ve had other dj’s peer over my shoulder to see if I’m really playing or not.” although it can feel like a lot of pressure and be nerve-wrecking, the dj manages to maintain her naturally relaxed yet composed presence. she claims that the music scene has split into two: the edm vs. underground scene, of which the former became targeted more towards tourists here in miami. “I feel that the edm trend will go away, and those people that really like it will embrace the roots of electronic music. it’s a very small scene down here and everyone knows each other, so it becomes competitive, stimulating you to push harder, be well-connected and overall a better dj.”

the refreshing artist aspires to be an established music producer, composer, and musician who is respected in the music scene as a business person. it’d be a place where she can eventually have her own management company, studio and artists. “I’m happy here in miami, but am open to other possibilities. . . I made a goal to do 10 songs before my 30th birthday this year on november 30th.” the overachiever originally planned on doing 30 songs since her lucky number is 3, but decided to cut back once she realized she got carried away and now only has 6 more to go. check out the gentle character’s soothing, sensual beats on soundcloud and facebook.

One thought on “ella romand”