acquiring a melodic taste that integrates house, techno, and everything in between, chris dezz is one of the few miamians with a background in jazz and instrumentals like the saxophone and drums. through the incorporation of jazz samples into his tracks and utilization of an older style of mixing, he constructs a simple yet natural approach and finds himself to be a rarity among the people in the scene.

after his move from miami to ft myers on his 18th birthday, dezz found it difficult to find people who liked house music, since most people he came across enjoyed punk rock. when he moved back to miami a few years later, he met spinnzinn on his radio show, a key figure who helped introduce him to more people in the scene. the outgoing dj / producer has played in far-fetched places like ibiza, and can now usually be seen performing at local top spots like treehouse and electric pickle. “we’re spoiled here in miami. it’s like winter music conference every weekend.” the venezuelan-dominican appreciates how the city has grown and shaped its people to have a more cultured, forward-thinking approach to new sounds. “there’s basically something for everyone. some people can dip their hands into this style of music in one bar and next door, they’ll experience something completely different.”

although the musician has a good ear for harmonies, skills and talent don’t necessarily always equate to the big bucks, for one of the biggest drawbacks artists have these days is to make a living doing what they love. “most of us have day jobs or come from family with money. the scene tends to be so saturated with people playing for free just to say they’re a dj. some lack the passion and creativity, whereas others do it for the music and reinvest what they make back into the art.” compared to switching two songs every 30 seconds, dezz adopts a classical technique of djing: one that requires two or more tracks to play longer, intertwine, and complement each other. these simple minimal tracks layer up on one another and build a force full of energy into the crowd. another huge obstacle of working in this industry is the habit of falling into the same routine of making the same sound within a certain genre. some change their artist name after seeing their music mature and progress into a new style, but dezz prefers to let people see his evolution than have to start all over. despite all these challenges, he plans on continuing to build his label osmosis audio alongside label partners rau.du & zafra, and get signed to a booking / management agency in order to receive international representation.

with an overall goal to leave a legacy of music behind for people to enjoy, dezz hopes to collaborate with a bunch of various artists and eventually play live with a jazz band, orchestra, or miami sound machine playing behind him. during his time off, the self-proclaimed foodie enjoys anything related to the outdoors, especially skateboarding and surfing. his next travels will take him to barcelona later this year and bpm festival in january. see his next moves on facebook and hear his work on soundcloud. 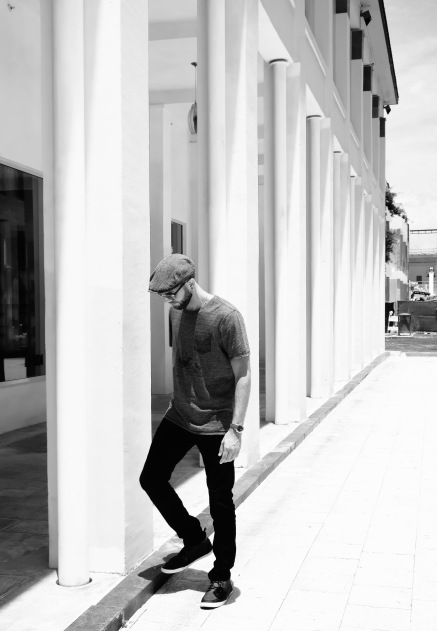