coco hara is a miami native who never imagined herself captivating the crowds behind the decks with her bright personality, lively spirit, and fun taste in diversified music. the spunky female dj has performed across various venues as her charming self with nothing to hide, playing tracks everywhere from house and old school to hip hop and trap.

although she admits that she was a geek at heart who loved math, coco hara became the cool girl at school who djed all the college parties at emory university in atlanta. she flourished in the atl scene and moved her way up across town, fruitful enough that she had the chance to put on shows and travel all over the country on the weekends. while attending college there, she majored in finance and minored in film and media management, which has helped her take advantage of both the corporate and publicity side of the entertainment business. upon graduating, she worked part-time as a dj and full-time as a financial advisor at ubs. even though she landed such a favorable role others would vie to get, she went on a whim and moved to los angeles soon after to start a dj duo group with a friend. after much prosperity opening up for acclaimed artists like porter robinson, a-trak, and armin van buuren, the family-oriented girl ultimately moved back to miami to be closer to home, launch her career even further, and travel here, there, and everywhere.

since atlanta is a huge part of her upbringing, coco cherishes the downtime she has with other musical genres, like hip hop and indie folk. whenever she’s not entertaining mass amounts of people, she refines her skills on the piano and drums, boxes, and works as an assistant coach for a local high school basketball team. she aspires to find fulfillment with the constant mental stimulation that she so greatly needs by keeping busy and searching for “the next big thing” that can refine her career.

despite the fact that the well-educated chick has already made a name for herself across town and around the country, she reveals that she’s always wanted to be an entrepreneur, perhaps like the female version of don draper in mad men. “those were lighter times back in the ’60’s, just smoking and drinking while listening to frank sinatra.” regardless if she’s a famous dj or not, coco hopes to be just as happy and passionate about whatever she may be pursuing in the future. “I want to be at a point where I feel like I accomplished something while still making a difference and benefiting something else.” whatever her future or next job turns out to be, she lives by the fact that everything happens for a reason and that there can never be any regrets. you can catch the bubbly star spinning around at events for art basel and at her two new weekly residencies: ora nightclub and nina’s house at the confidante hotel. support the artist now on facebook and soundcloud. 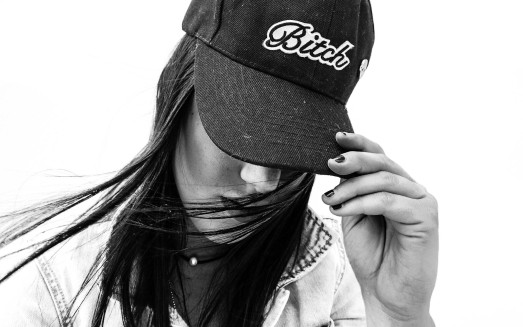