Till Von Sein is the quintessential artist who balances his career wisely between actively touring the world and serving as a manager for other DJs in his Berlin-based booking agency, Clique Bookings. After being in the business for 10-20 years, he has seen how universal dance music really is, and how it has come full circle in the past few years, regardless of the city he is in.

People of various backgrounds will always want to go to clubs, forget about whatever’s going on in their lives, and dance the night away. Till illuminates how much electronic music has flourished, for there are so many places in the world you don’t think of that experience this music with fresh ears and eyes. “When people start to do parties with this music that’s mixed with their cultural background, influences, and experiences, it keeps the music alive. Even 10 years ago, DJs from Western privileged worlds like the UK, USA, Germany, and Netherlands would DJ and produce for a living. Now we have people from places like Egypt, Russia, Turkey, and Mexico who put their own spin on dance music. It’s bold, and although it might not be your style, you can appreciate it and understand it.”

Till also holds an appreciation for places where the people relish the music without any distractions, something that’s lacking nowadays in part due to cell phone usage. One of the biggest problems these days is that people don’t come to enjoy themselves for the music anymore, but for the personal satisfaction of showing others who aren’t there how much of a good time they’re having. If there’s any advice he’d like to give to dance-goers, it’s to let loose and enjoy themselves. “I don’t mind people filming themselves, but if it’s like that for 6 hours straight, then you’re wasting your time. Just leave your phone in your pocket for a few hours, dance, and forget about what’s happening outside of the club.”

Of course, social media can be used for advantageous purposes, for Till refers himself as “a social media OG” who uses applications like Instagram to depict a side of himself that’s light-hearted, honest, and most importantly, real. He remembers being fascinated with MySpace when it first came out, and used it as an opportunity to network and upload new music, which became one of the impactful ways he exposed his skills to the world. The down-to-earth artist relays that there’s no need to show others how cool or privileged you are, for “there is so much more that you need to show people. Don’t pretend, and just be human.”

The laidback German offsets his time from the two very different worlds of management and DJing to keep him balanced and grounded. “It’s like you live in this bubble of being a touring DJ, and in the end, you look forward to traveling and performing at clubs, but you tend to forget it’s not real.” Although he’s grateful to live this life, he realizes that there’s also a Monday to Friday that exists, which is something he learned in the agency. By being a reliable and supportive manager, Till helps his artists with their careers in this mutual relationship, for he learns from their progress and mistakes while guiding them and making sure their egos are in check.

Recently starting his own label, Tilly Jam, this past November, Till aims to utilize it as a platform for himself. Although there are people who send him countless demos, he admits to being quite selective and super picky, but if there’s something he loves, he’ll definitely sign it, regardless of whether it’s a big name or not. One of his newly signed DJ’s includes an artist who goes by the name of Modig. What makes artists like him stand out is that he doesn’t need to do music, for it’s just a side hobby he uses as an artistic outlet. “You can tell who works on music when they come home from their regular job. They leave the office at 6pm, come home, zone out, and create something magical instead of just releasing something to keep the momentum going. It’s a different kind of energy. There’s no pressure for them to succeed. Just freedom of expression, and those are the kind of people I want for my label.”

His plans for the summer include going back to the studio, rebranding the agency, and keeping the energy and good vibes propelling with new EPs out by the end of the year. Be sure to support the innovative, authentic German artist now on Facebook and Soundcloud. 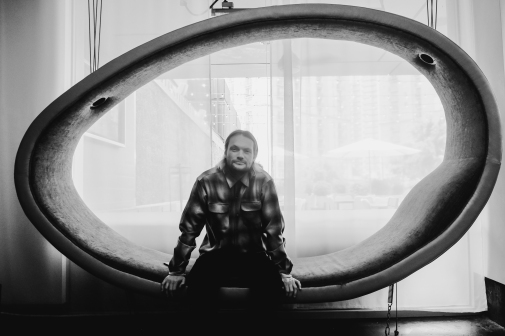