Acclaimed for his soulful vocals that embrace his groovy beats, Alexander Kotz has constructed a name for himself in the past few years as an imaginative musician named Elderbrook who does it all as a singer, songwriter, and producer. After being nominated for “Cola” and attending the Grammy Awards earlier this year, Alex attests to how life-changing and promising this year has especially been to him.

Throughout his engaging performances, it is apparent that the expressive musician’s upbeat tunes complement his bouncy dance moves. Shaped by myriad genres and decades of music, Alex reveals that the era of the ’60’s are his absolute favorite, for it’s the first time period he ever really enjoyed where bands like The Beatles and The Kinks really inspired him. He supports numerous styles of music from all around the world, and one group he especially loves at the moment is an amazing, low-key South African pop band, Beatenberg.

Amidst the highs and lows and throughout the course of his life, Alex has learned to take a step back and “look at everything in a broader sense,” where ultimately, he’s able to broaden his horizon and grow as a person with a larger perspective on life. If there was another career path he’d cross over to, it would be in video editing. “I love it and feel that it’s so similar to the software I’m making.” There’s certainly a sense of “cutting and chopping” of tunes that reflects an analogous pattern between these two dimensions of art. In this innovative day and age, he favors using Instagram over Twitter since it’s a creative outlet where one can produce aesthetic pictures and express themselves openly.

Regarding his blossoming career, Elderbrook conveys how sharing his music and touring around the world feels like the best place where he can be. When he’s not touring, Alex plays badminton, the quintessential British pastime, and still creates music in his downtime, which he finds to be quite therapeutic. The savvy musician will close out the remainder of 2018 on tour in Europe with Jungle, and plans on releasing an album for people to enjoy by the beginning of next year. Support the gifted artist now on Facebook and Soundcloud. 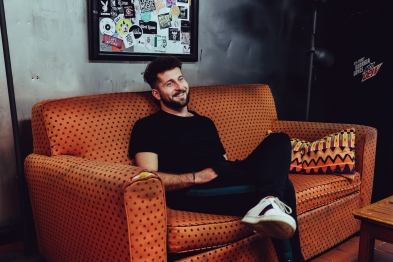 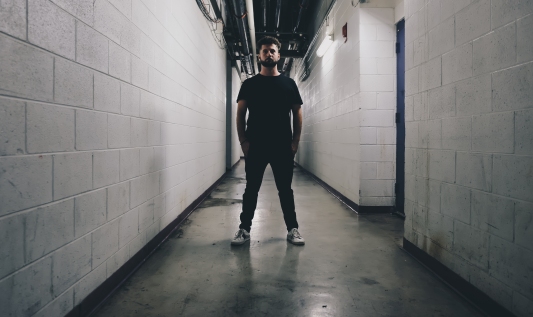