Sharp and wise beyond his years, Gab Rhome is a classically-trained musician who has altered the way electronic music is perceived with his ethnically-infused, melodic house sounds that have been released on top-notch labels like All Day I Dream, Last Night on Earth, Sol Selectas, and Anjunadeep. This year at Burning Man, he’ll reveal a major project that is bound to develop a new chapter in his fruitful career.

Compared to other ambitious producers, the curious soul was not exposed to electronic music through live DJ sets while growing up in a small city a few hours away from Montréal. “It was a city that had no scene whatsoever, so I tried to mimic sounds from other parts of the world, but I think that’s what gave me an interesting, unique perspective on music.” Although he initially dreamed of becoming an astronaut as a school-age child, Rhome was inspired to become a musician when the distinguished French-Armenian singer Charles Aznavour visited his hometown, for the prominent star exuded talent and appeal that captivated people of all ages across the globe. He started music theory classes when he was 6 years old and learned to play an array of instruments, which have ultimately empowered him to produce the classical music components and jazz elements that are evident in his dreamy tracks and luscious sets today. His firm roots in jazz have also led him to wonder what it would be like to “go back and see when jazz was as relevant as how hip hop and house music are heard today.”

In his earlier years as a touring DJ, the lighthearted artist stood out of a boring crowd by opting for a more colorful style in place of the conventional black outfit that every house and techno DJ was donning at the time. Nowadays, he’s known for his love of bathrobes and spends his limited time off immersed in nature, tennis, yoga, and cooking. It is even apparent how his organic approach to cooking is manifested similarly to that in producing music. Instead of following recipes or guidelines, he likes to go with a general direction, creates what feels right at the moment, and proceeds from there.

Although he’s made a name for himself as a well-established figure, Rhome feels happy never being completely satisfied. “When I reach a milestone, I’m always pushing for the next one,” he says. “I take pride in what I do and always try to push forward. I need to challenge myself all the time, and I need to prove myself to myself.” Within the industry, the perceptive character has found that there’s still a lot of artists who come to this industry for the wrong reasons by trying to appear cool. They lack a purpose in the music they make, and despite the gifted entertainer not taking himself too seriously, he always takes his work very seriously.

The French-Canadian performer currently spends his summers in Montreal and winters in Paris, a very centralized location in the heart of Western Europe that makes it easy for him to branch into the European market and club scene. A batch of EPs will be released these next few months while he tours North America in May, India in June, and Europe in July and August before heading back to the U.S. for Burning Man. He plans on presenting a special project at this renowned event, and will soon drop new music that hints at “more vocals and living room-type music.” Keep an eye open for fresh music coming out soon, and be sure to support the optimistic artist now on Beatport. 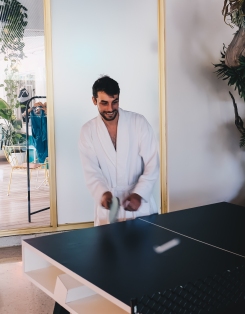 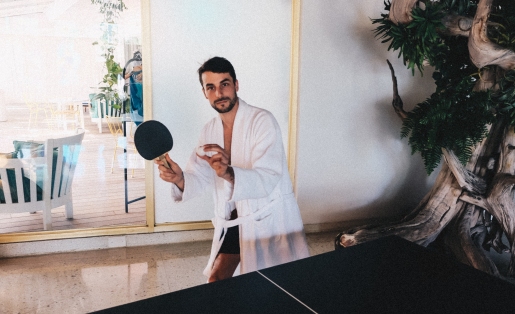 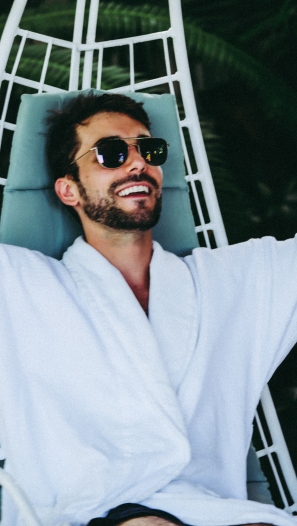 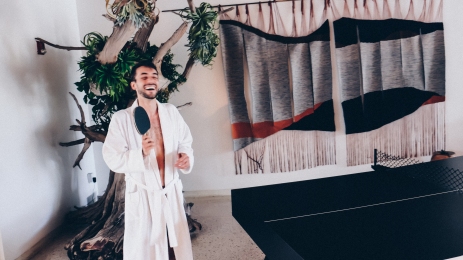 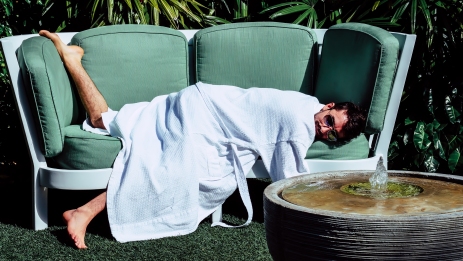