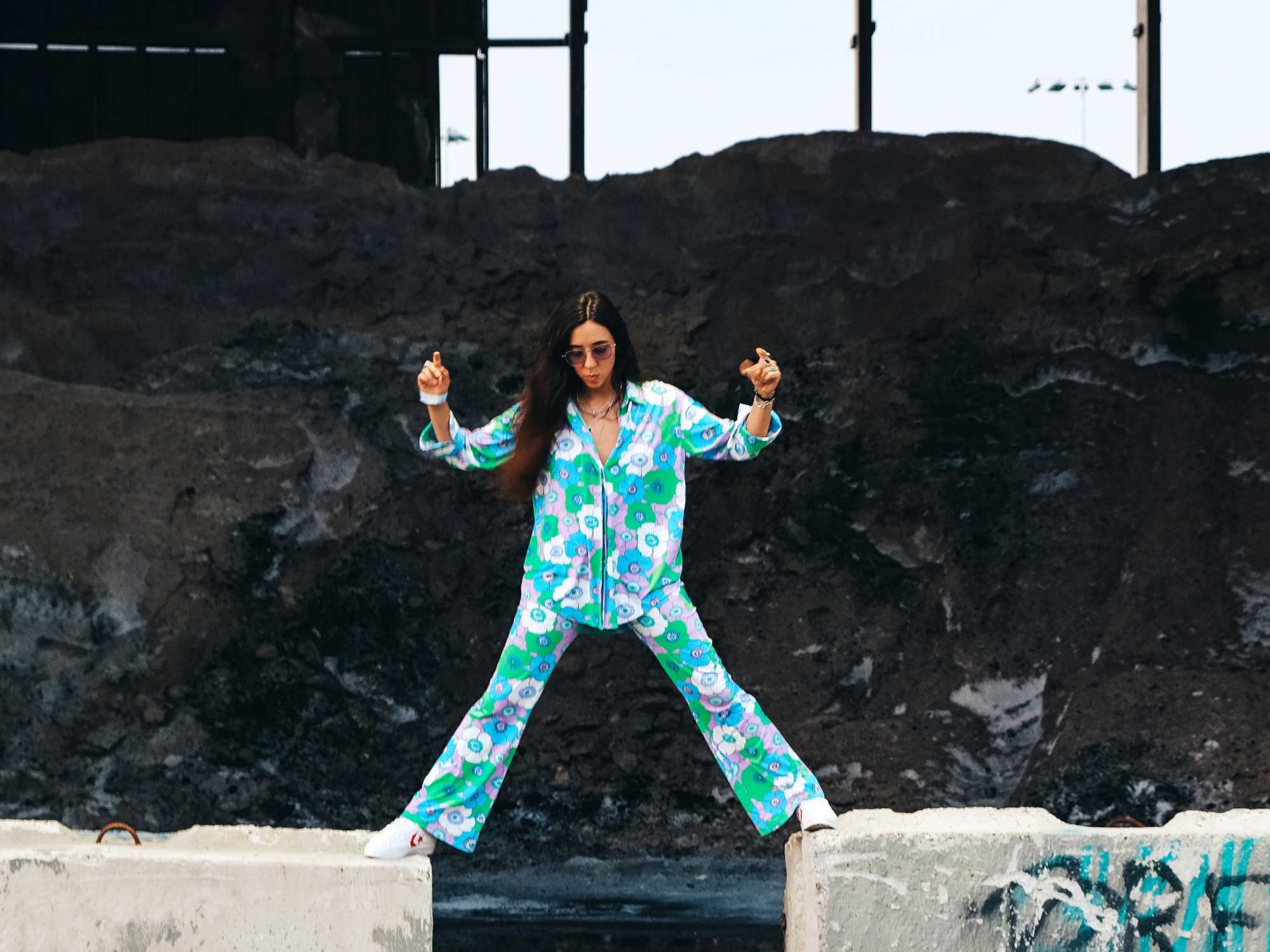 The stylish French-American artist, Chloé Caillet, is making waves as an unconventional female DJ and producer who blends her love for funk and disco with a modern twist in her productions. In this stagnant period of time, she’s managed to advance and make fruitful changes like setting up her own label XCESS RECORDS and continuing to create with her musical partner Josh Ludlow in PVBLIC XCESS.

Growing up in a musical household in NYC, Chloé learned to play piano and joined bands as a teenager before progressing into the electronic music world. “I grew up listening to psychedelic rock and find it insanely innovative and inspiring. Lots of rock music that I synthesize I bring from that era of the late ’60’s and early ’70’s.” Destined to be in the music scene, the spirited performer studied music at NYU and at a conservatory in the UK before working as a creative director for some time and transitioning her career to a DJ/producer. Despite her yearning to be a musician, she never saw herself growing up to be a DJ, but if there’s anything else she aspired to do in another field, it’d be as an oceanographer. Her second home is the ocean, for she loves to scuba dive and surf in her free time with Indonesia especially holding a place in her heart as one of her favorite places overall.

The feminist hopes to make changes in the music scene by supporting women in every kind of artistic outlet. “We simply need more women. I want more female promoters, managers, DJs, and producers. They’re out there but not being given the same opportunities. Being a female in this industry can be quite challenging but we’re working towards creating more balanced lineups.”

In the past year, Chloé reflected and is determined to make time for herself, aim to have a balanced lifestyle, and continuously evolve as a flourishing musician. “If there’s anything I’ve learned, it’s that you should follow your ambitions and do what you think is right for you. I started with an idea and I’m here today playing a nice show.” You can expect the new Ibiza resident to perform at several shows this year, release her first EP on her record label, and return to NYC for her first CircoLoco event for Halloween. Support the eclectic, fresh artist now on Soundcloud and Instagram.